The fonofone team has been working for fifteens years on the development of digital instruments intended for sound creation education. Our objective is to offer digital tools for initiation to intuitive and playful sound creation that will stimulate imagination and creativity. We first developed the Musicolator, a small desk with two pairs of touch plates divided into zones that correspond to different sound treatment modes: fragmentation, filters, speed variation, metronome, arpeggiator… 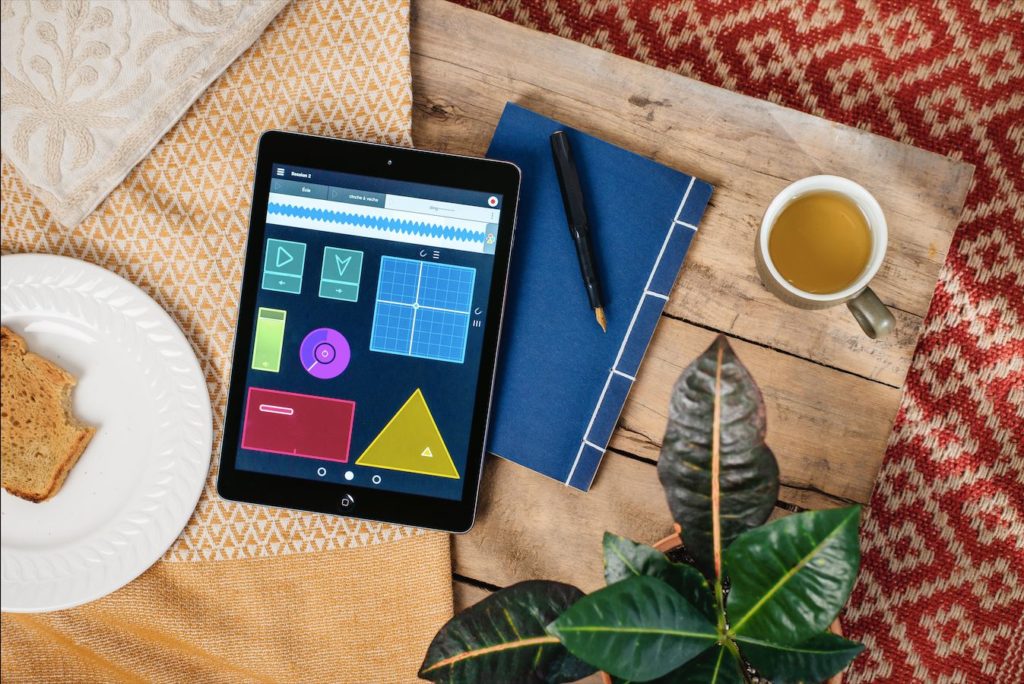 We then decided to abandon hardware development and to look instead towards the IOS environment. Thus, after four years of gestation, the fonofone came into being out off the same principals the Musicolator was based on: offering an intuitive, transparent and playful interface that allows immediate immersion into the creation process while encouraging live performance. It is a great learning instrument for creation that simplifies the work of the teacher.
During the last fifteen years, we have given hundreds of Musicolator and fonofone workshops, visited tens of academic and cultural institutions in Quebec and participated in numerous sociocultural events in Canada, United-States and Europe. Our goal is to create a fonofone community that will share our passion for creativity and imagination. Our pedagogy adapts to user’s needs and is (trans)formed by their contributions.